[Law] Competing in the Air

I am a former high level player, coach with some referee experience, looking to do more as I have been out for a few years and step up a level. I am new to this referee forum as I thought this would be a more appropriate place to post the questions than general rugby forums. I hope that you all would be able to help me with my questions. Thank you in Advance.

I am struggling with the guidance and interpretations of international referees on competing in the air. Tonight England beat South Africa in a fantastic game. I did however struggle to come to terms with some decisions that have effectively decided the result of the game. From someone that is looking to potentially move up a level as a referee and coach, how do we coach a player on the rules, or make decisions in games, if the interpretation on the world stage differs depending on the referee in the game? In the last year and especially in the autumn series, the referees have interpreted this rule with such variety that it is difficult to know what is right. With the amount of high balls being used in rugby and the pressure on young players to not make a decision that would have them sent off or penalised, should we not have a more clearly defined rule and more importantly implementation of these rules?

Questions I have for the Forum, I would truly appreciate your thoughts.


My interpretation would be similar to the England Players and Coaches who commentated and largely said the same.


I hope there is some insight that can be provided by the forum.

Image 1 & 2- Kolisi & Marchant are running different lines to a ball kicked over the defensive line. Looking at the ball the entire time, Kolisi Jumps as high as a forward can and then is beaten in the air by Marchant as a back with a better running line. The commentators seem to agree that it was the wrong decision. Referee Decision - Kolisi is given a yellow card and sent off as he was not competing for the ball.

Image 3&4 - Etzebeth & Steyn both running flat out whilst looking at the ball the entire time, then jumping to a ball that is, at the time of jumping in between the two of them and Freddie Stewart (btw what a talent). Referee Decision - Penalty against South Africa, match over. TMO not required to look at potential infringement after contest in the air. 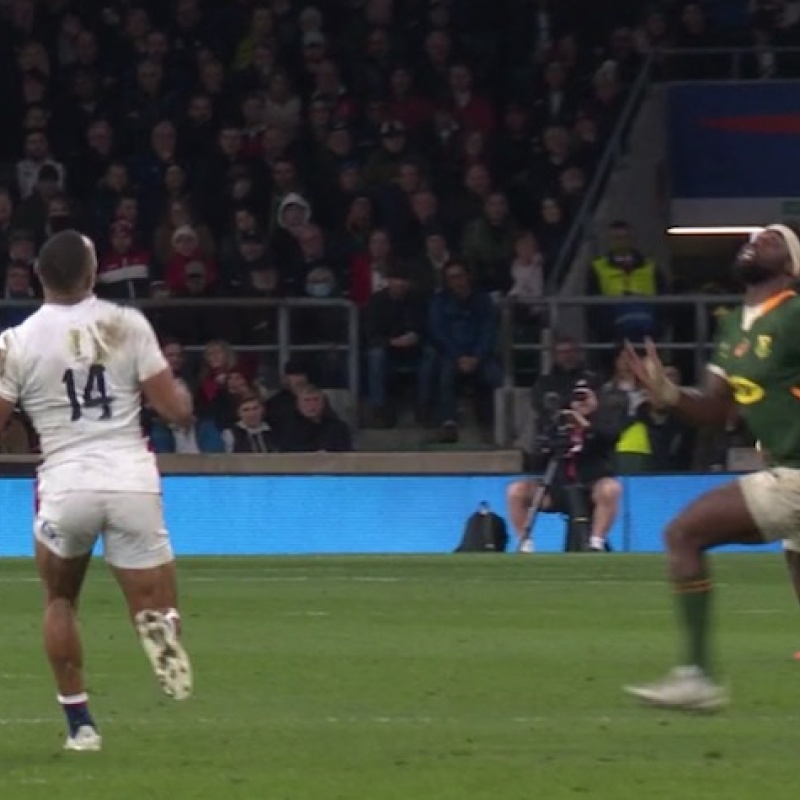 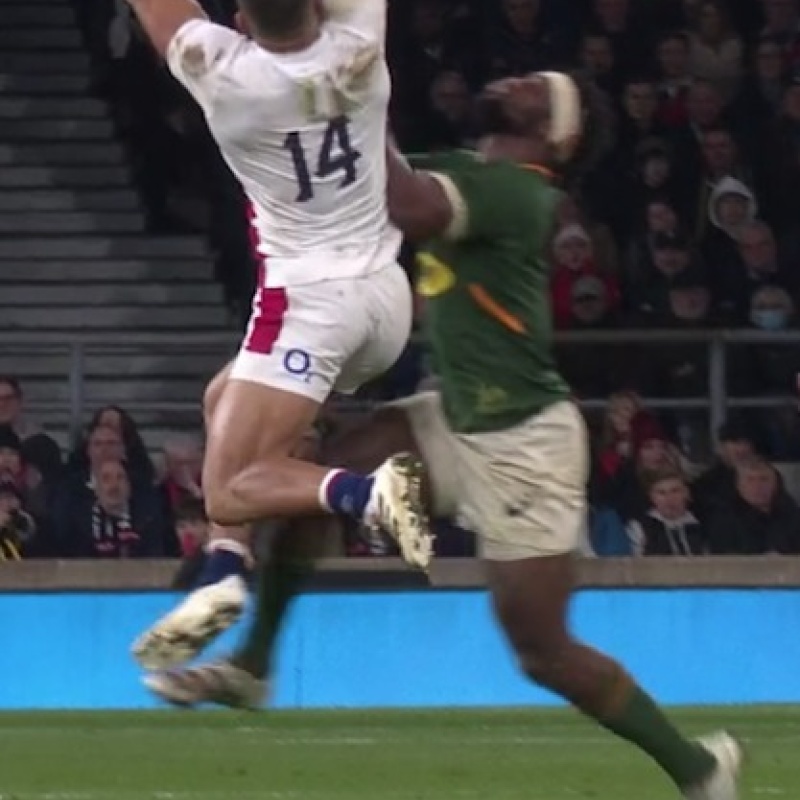 And actually Kolisi was sent of for transferring his effort into wrapping/tackling Marchant whilst the later was still in the air.

This. Maybe sadly so, but CR is bang on.

vrref said:
I did however struggle to come to terms with some decisions that have effectively decided the result of the game.
Click to expand...

Welcome to the forum, but I have to take exception to the sentence above.
It's the players decisions that determine the outcome of the game not the referees.
Both parties will make mistakes and this is accepted as part of the game.

As other have said Kosli may have started off competing for the ball, but when he realised he wasn't going to win it he tackled the player in the air. Stone cold penalty for me. I cant remember the other one and wont make a judgement based on still photographs).