So I've read about this new law change.
It looks like it is only for the 6 Nations tournament and , to be honest, I've never not seen a "brake foot" at the "bind" phase of scrum setup.
Has anyone seen the banned practice as I'd be keen to get some videos of it so I can spot it more easily.
Ta 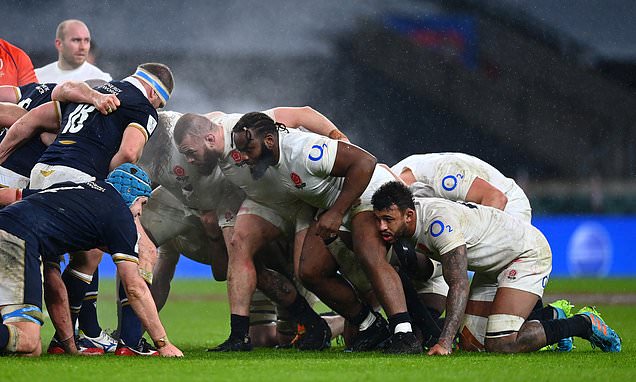 It will be mandatory for hookers to have one foot forward at the 'bind' stage of the 'crouch, bind, set' sequence called by the referee, with the change designed to act as a brake on scrums.

Whilst I am all in favour of the trial whats the point of implementing it on such a small scale? How much useful data can be compiled from so few games? Also, I may be missing something but it seems that the trial is necessary because referees have failed to implement the earlier directive to ensure the hookers head is not in contact with the opposition during the set up. How difficult can it be? I always mention this in my PMB and stop the scrum set up if I see it happening.

as I said elsewhere - 21+ years ago when i did my Level 1 (as was) RU coaching award, part of the setting the scrum stuff was the hooker provided a brake.

fast forward 10 years and the pre-award courses Rugby ready and scrum factory both included the hooker's brake.
I then delivered both of these courses for the RFU as an RFU educator (developer? cant recall now!) ... and yes the brake was included in that.
Rugby Ready was/is mandatory to do any award. sacrum factory was/is mandatory for Level 2 (15 a side game) award.

So I refuse to believe any modern hooker from England at least has NEVER had this show/demonstrated to them, or be aware anyway, even if its at U12 level or so. UNLESS their club age group coaches didn't do it of course (usual caveats).

So based on they more than likely WERE demonstrated the brake - at sometime in their meteoric rises through the ranks to pro/elite levels somebody somewhere decided to dispense with the brake.

So all this latest "change" does is set the expectation and provide a penalty for its non use. It isn't actually anything "new" - what is "newer" is the decision to NOT use the brake when setting up.

Is the non-use of break foot at elite level the result of the front row all trying to get a massive hit when they engage? Whereas non-elite players are arguably more safety conscious (ie more influenced by self preservation) and typically employ a break foot?
You must log in or register to reply here.
Share:
Facebook Twitter Reddit Pinterest Tumblr WhatsApp Email Share Link
Top